Marvel Studios’ Cinematic Universe kicked off in 2008 with the release of the original Iron Man and since then more than 18 intertwined superhero films have hit theaters; all to renowned acclaim and box office receipts totaling in the billions of dollars. With the recent record-breaking success of Black Panther and the release of Infinity War fast approaching, we thought it would be fun to take a look at some of these films’ structural engineering highlights.

Sure, Tony Stark, Bruce Banner and Captain America get most of the coverage, but the MCU is filled with structural engineering marvels that aren’t so far-fetched. From the stunning high-rise that is Stark Tower to the Vibranium mines of Wakanda, here’s a look at some of the structural engineering highlights of one of our favorite film franchises.

One of the most beautiful fictional cities in all of comics lore is Asgard, home to Thor, Loki and even Odin himself. While the city has been 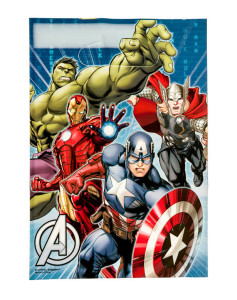 depicted in dozens of ways since Thor first appeared in comics, the MCU captures this royal realm beyond the stars as a mix of high-tech building technologies and tributes to renaissance architecture of old.

The MarvelWikia sums it up beautifully “sweeping terraces top many of the cliffs; gleaming pyramids, statues, and columns surround Odin’s palace – Valhalla, a many-tiered structure resembling a towering pipe organ.” And that’s just scratching the surface — the Bifrost, an intergalactic rainbow bridge — puts the Akashi Kaikyo Bridge in Japan to shame.

Structural engineering in Guardians of the Galaxy

Guardians of the Galaxy introduced audiences to Knowhere, the severed head of a celestial that’s also home to an “interdimensional crossroads and scientific observatory.” Featuring thousands of high rises, a complex public transportation system, as well as a variety of unusual structures that house residents, there’s no city quite like it anywhere else.

For a refresher: It’s in Knowhere that our heroes meet The Collector and find the Power Stone. Also, here’s a great article on how digital artists brought the city to life. It’s a fascinating read.

The latest addition to the MCU features some of the most impressive technology and architectural design yet. The fictional country of Wakanda— Black Panther’s home—is breathtaking, thanks to it’s access to the world’s only (fictional) vibranium mines. This powerful metallic alloy makes levitating bullet trains and even cloaking devices the things of reality.

The movie also features a number of unique structural design ideas. From the homes and businesses built into the sides of jaw-dropping cliffs to the unique handmade living structures of local farmers and shepherds, Wakanda is a city that combines modern and old-fashioned engineering aesthetics in an effective and attractive manner.

Let’s face it: this post would not be complete unless we took a moment to feature the one and only Stark Tower. Not only does this building serve as the headquarters for The Avengers, it’s also home to some of America’s greatest (fictional) technological developments.

According to GoBankingRates.com, if Stark Tower was a real building, it would cost approximately $600 million to build. And while it’s never been revealed how many floors Stark Tower is home to, the comics have said that the top 10 floors act as a personal residence for Stark and Pepper Potts.

This is by no means a comprehensive list of all of the buildings and structural highlights of the MCU, but we thought it was a great place to start. Did we miss one or more of your favorites? Have we overlooked a film or hero that you really identify with? We want to hear about it! Visit our Facebook page and tell us about your favorite fictional building or structure.