Solar power, the next revolution 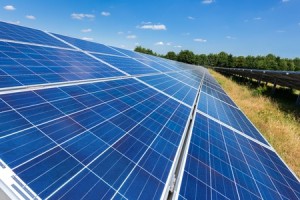 According to a recent report via Engineering.com, solar panel technology is getting smaller and more efficient than ever before.

While the term ‘solar panel’ may conjure of up visions of giant mirror farms in the middle of nowhere, or rooftops covered with hi-tech glass, the reality is that solar technology is on the verge of hitting the big time, with applications for everything, from personal electronics to LED embossed clothes.

Shrinking solar panels isn’t the only reason this new tech is about to take off. The key to the next generation of solar panels is their ability to tilt sideways, a factor that sets them apart from generic solar cells that require being stacked on top of one another.

How efficient are these new “sideway” solar panels in comparison to traditional ones? According to Engineering.com, “the best existing lateral cells converts 1.8 percent of sunlight into useable electricity. Jiang’s team achieved an efficiency almost three times better, maxing out at 5.2 percent.”

That’s a significant increase, and various scientists and engineers are working on getting solar cells even smaller and more efficient.

There’s no telling where solar panel technology will end up, but these new developments are sure to take some strain off of major power grids, and provide future generations with some easier ways to give back to planet Earth. Architect versus civil engineering
No Responses.