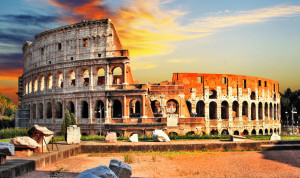 Throughout human history, hundreds of breathtaking structures have been designed and built, but only a handful of these structural engineering marvels have lasted for hundreds of years or are world renowned.

To be extraordinary, structural engineering must take something relatively generic— a house, skyscraper, bridge or road— and truly turn it on its head. Whether that means building something on a massive scale or turning a unique vision into something that’s truly one-of-a-kind, a common denominator remains the same: incredible creativity. Here’s a look at 5 marvels of structural engineering that have withstood the test of time:

The Great Wall of China. Contrary to popular belief, The Great Wall of China cannot be seen from space, but it’s still a feat of structural engineering. The project, which began in 210 BC, features over three billion (yes, that’s a B) bricks. Although the wall is currently only 5500 miles long, archeologists and historians believe that during its heyday, it probably spanned over 13,000 miles. If that doesn’t impress you, consider the fact that according to China Travellers, the wall is wide enough in most places to drive a car on top of it.

The Empire State Building. Once the tallest building in America, The Empire State Building now stands as a symbol of America’s ingenuity and creativity. And while it might be beaten out in terms of height, it still has plenty to offer. Standing 103 stories tall, The Empire State Building was first designed in 1930 and took just over a year to build. In fact, President Hoover officially opened the building on May 1, 1931. Since then, the structure has become synonymous with New York City and the American Dream; it’s also appeared in hundreds of TV shows and movies.

The Grand Canyon Skywalk. The Grand Canyon Skywalk melds structural engineering with natural beauty and thousands of years worth of erosion. The results are nothing short of spectacular. While it costs a pretty penny to walk out onto the skywalk, it’s truly an experience unlike any other. However, those afraid of heights need not apply. The glass bottom of the structure provides a first-hand look at the Colorado River some 4,000 feet below.

The Colosseum. Rome’s Colosseum is the oldest marvel of structural engineering that is featured on this list. Started in 72 AD under the rule of Emperor Vespasian, the Colosseum took over nine years, and the help of hundreds-of-thousands of slaves to build. Considering these men had no access to modern tools, it’s truly a wonder that they were able to finish such a massive job in this relatively short timespan. After its completion, the Colosseum hosted gladiator and other events for the next 390 years. Even now, the structure still exists and is possible to visit — a true testament to the care that went into its construction.

Now, that sounds like a road trip to remember!

What’s your favorite engineering marvel? Did we leave it off of our list? If so, let us know by leaving a comment on our Facebook page.

If you’re getting ready to start work on a new project and need help getting started, don’t hesitate to reach out to the team here at McNeil Engineering. From seismic analysis and post-tension concrete design to structural investigations and field observation and construction management, our structural engineering team is here to help. Visit our website to learn more.